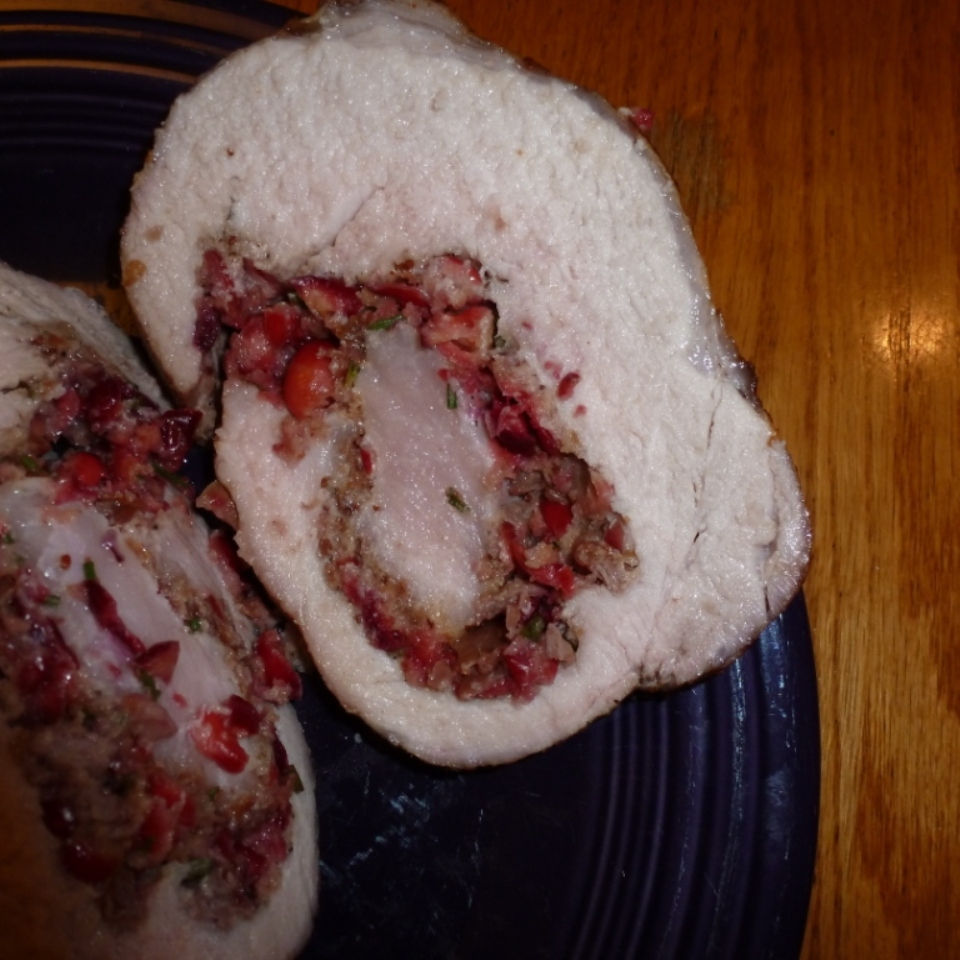 I was flipping though the December issue of Eating Well* and came across a whole section of recipes featuring cranberries.  They all looked amazing, but the Cranberry-Rosemary Stuffed Pork Loin especially intrigued me.  Could I make something that looked that good?  With the gauntlet thrown down it was time to find out.

The first hurdle in making this is to butterfly the pork loin so you could flatten it out.  Eating Well had a description of one technique to do this, but given I am a visual learner I wanted to see it done.  A quick search of the web found lots of videos on the subject, with the one I settled on coming from Chef John at FoodWishes.com. I have used this site for recipes before (all my chicken wings have come from there) and love his videos – they are the perfect mix of demonstration of technique and humor!

Can’t say that I butterflied the pork loin quite as well as he, but thought it was pretty good for a first attempt at this.  Next time I will cut it a bit thinner, as it seemed I erred on the thick side while cutting.  As it was thicker than I might have liked I found the inside was rarer then desired when the outside layers were done.  In addition to a improving my technique next time I will take the temperature in the middle of the pork instead of in the outer layer

Despite these minor issues this was a fantastic meal. Searing the pork before it went into the oven gave it a beautiful brown glaze, and the cranberry-rosemary stuffing was a feast for both the eye and the palate.

* Those are words I doubt I would have written a few years ago!

One more look at the Cranberry-Rosemary Stuffed Pork Loin

One thought on “Cranberry-Rosemary Stuffed Pork”